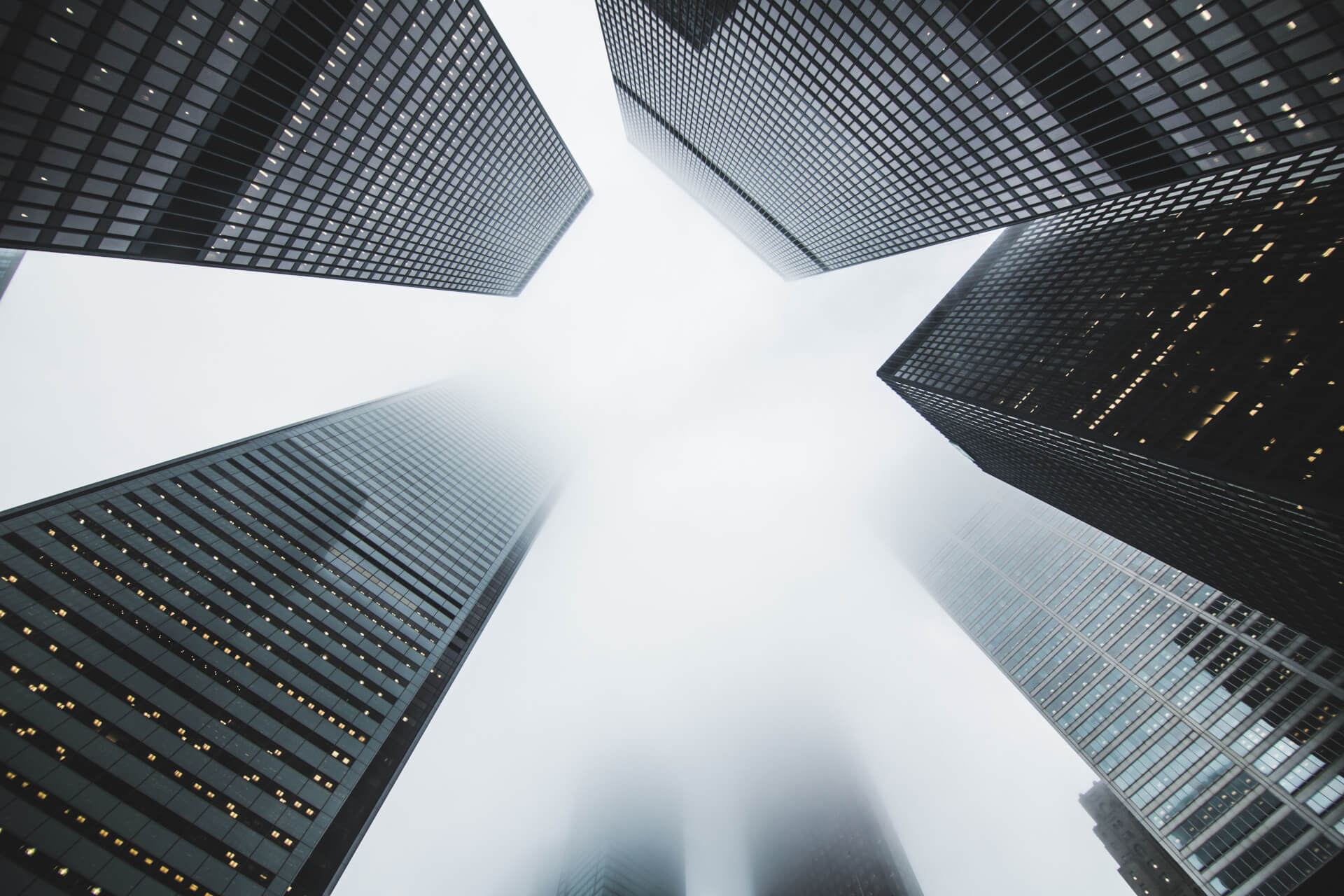 How Do Blind People of Toronto Cross the Street Safely?

681,000 blind people have been identified in Ontario in 2007, making Ontario by far the province where the concentration of blind people is the strongest. Toronto – the leading City of the region – is committed to creating an accessible City to provide for dignity and independence of people with disabilities through different action plans.

We are therefore entitled to ask what solutions the City has implemented to allow blind people to cross the street safely and what uses come as a result.

The diversity of the needs and the constraints vary widely among the visually impaired community. Depending on how old the person was when the disability occurred, the mobility aid used (white cane, guide dog or nothing), eventual residual visual abilities, the mastery of technological tools, the presence of another disability, the knowledge of the city…, mobility approaches vary widely.

However certain mobility needs remain common. In this article, we will attempt to list the obstacles faced by visually impaired people when they cross the street in Toronto and talk about solutions to mitigate the problems encountered.

Visual impairment: 2 solutions to cross the street safely in Toronto

With 4,67% of its population living with blindness, Toronto remains a city where the implementation of accessibility facilities for the visually impaired is essential.

On June 16, 1994 the first audible signal was installed on the junction of Lawrence Avenue and Chatsworth Drive in Toronto.

The Accessible Pedestrian Signals (APS) also known as audible signal is “an integrated device that communicates information about the WALK and DON’T WALK intervals at signalized intersections in non-visual formats” (source : www.apsguide.org/).

Back in the days, the first APS came on automatically, but due to noise complaints from people living or working nearby, push buttons have been introduced. Holding the button for three or more seconds sets off audible cues – chirping signals crossing is safe for east-west, cuckoo for north-south. The button also provides a vibro-tactile output, to alert pedestrians with both sight and hearing loss that the light has changed.

Find out more information about APS regulations in the City of Toronto.

The bumpy surfaces located at the edge of the pavement are meant to warn people living with visual limitations when they are approaching danger such as a pedestrian crossing.

In the City of Toronto, tactile paving is relatively recent compared to APS system and was first tested out in a pilot program that ran for eight months between November 2012 and July 2013. It was based on guidelines from the Ontarians with Disabilities Act, 2005 that laid out new standards for the design of public spaces. The provincial regulations came into effect in 2013 requiring new constructions, built from 2016 onward, to include tactile walking surfaces.

For the pilot project, tactile paving blocks made of different materials were installed at the four corners of the intersection of Shuter Street and Victoria Street, by St. Michael’s Hospital. They were tested for durability, cost, maintenance, and how much the bumpy surface would wear down over time. At the end of 2013, it was recommended that Toronto should use cast iron for its tactile walking surfaces.

But why did these accessibility facilities first appeared? 25 years ago, visually impaired people only relied on their ears and their mobility aid (white cane or guide dog) to cross the road safely.

On the one hand, the City of Toronto has developed a policy that is increasingly focused on the accessibility of people with disabilities. On the other hand, urban development and technological solutions have given rise to new accessibility problems.

Most modern signalized intersections no longer allow people with visual limitations to cross the road by listening to the traffic flows.

Recent junctions in which the crossing times are adjusted to accommodate traffic flows, advance greens for turning vehicles, and leading pedestrian intervals, for example, mean that people who are blind cannot safely rely on the sound of moving traffic as an auditory cue to know when the light changes and they have the right of way.

Then came more and more APS to tackle this issue. But the introduction of push buttons lately has brought its own set of challenges for people living with visual impairments and all the other pedestrians.

Blind people of Toronto have been insisting over the years that it would be much simpler for them if the audible signal came on automatically and they didn’t have to find and press the button, but allowances have been made for the comfort of other residents of the city. Now at most major intersections, the APS is activated only when someone holds the button down for three seconds or more.

The implementation of push buttons has led to other problems. Indeed, this system is much more complicated to use than an automatic activation for many reasons.

The push button being located to the left of the crossing – the same side the guide dog is – making it harder to reach. Once the button is located, it is then difficult to reorient in the direction of the crossing.

Also, despite Canadian National Institute for the Blind’s (CNIB) guidelines, taken from various standards and best practices, pole placement can be dramatically influenced by complex engineering or design considerations. The end result is an inconsistent and unpredictable placement of poles. This will require a pedestrian with sight loss to explore until they find the pole and locate the correct activation button. This can prove particularly daunting for someone who is blind and unfamiliar with the layout of an intersection.

Despite existing standards requiring that poles are located within 1.5m maximum distance between the pole and the curb, seasonal conditions, placement of sidewalk elements and other mitigating factors can result in poles being situated beyond a pedestrians easy reach.

Also, people with other physical disabilities may face difficulty pressing this button. Activating an APS via a push button requires a combination of reach, strength and dexterity. A large range of conditions can affect these abilities.

Moreover, the locator tone – the repeating sound enabling to locate the activation button – is often hard to hear because of the increasing noise pollution in Toronto. Indeed, the city has been experiencing great economic and demographic growth in these recent years, plunging the city into a degraded soundscape that prevents visually impaired people from hearing the locator tone easily.

In December 2018, a new sign above APS actuation buttons have been introduced in Toronto stating “Button for audible signal only” in order to avoid confusion with the walk signal trigger by the sighted.

The reason the sign was added is because of the risk of confusion for the sighted with the button used to activate the walk signal. Indeed, the button design is exactly the same and sighted people have been wondering why their request had not been taken into account. The sign thus aims at avoiding any confusion. When both audible signal and walk signal coexist on the same pole, a tap or a hold on the button differentiates the request.

Regarding tactile paving, the blind community has pointed out their limit. When intersections are rounded, a visually impaired person cannot clearly determine where the edge is located. Thus, if the crossing is not equipped with an APS, the crossing may be much harder.

Both APS and tactile paving are of great use for blind pedestrian to ensure safety of their journey. However as seen above, these equipments have their limits which can be overcome with wireless Accessible Pedestrian Signals activated remotely with a personal hand-held device or a smartphone. In France for example, push button have be replaced a long time ago by personal activation using a remote control free for the user or a smartphone app.

In 2016, an Ottawa-based startup called Key2Access have patented their solution and tested it in Toronto. Two actuating modes are available both free for the end-user: the key fob button or the smartphone app. Either way, people using it do not have to go searching for the button by the side of the road. Key2Access is still a running pilot project in several cities in Canada but has not progressed to that stage yet in Toronto.

Another solution is aBeacon – a 3rd generation APS device – winner of the call for innovation of New York City’s Department of transportation. The system also gets triggered using a remote control or a smartphone app and provides a new kind of urban connectivity to facilitate maintenance. Additional features enhance the pedestrian experience by providing supplemental information such as street names, sidewalk closures or pending hazards.

Over the years the City of Toronto has implemented a rather advantageous policy that benefits the visually impaired. With more than 33% of signalized junctions equipped with APS and all new junctions with tactile paving, the city is among the most accessible Canadian city in this area. On the other hand, the presence of actuation button on Accessible Pedestrian Signals remains a strong stake that needs to be addressed to ensure safety and autonomy of people with visual limitations.

Will the city soon respond to this problem? It is up to you to decide! 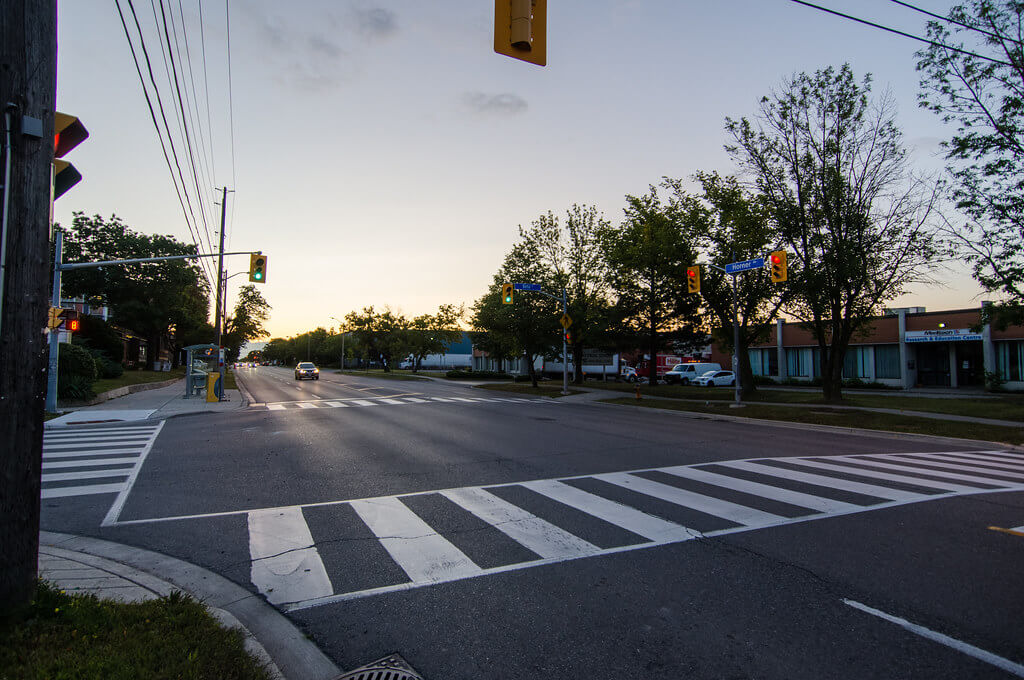 Blind people of Toronto have been insisting over the years that it would be much simpler for them if the audible signal came on automatically and they didn’t have to find and press the button, but allowances have been made for the comfort of other residents of the city.