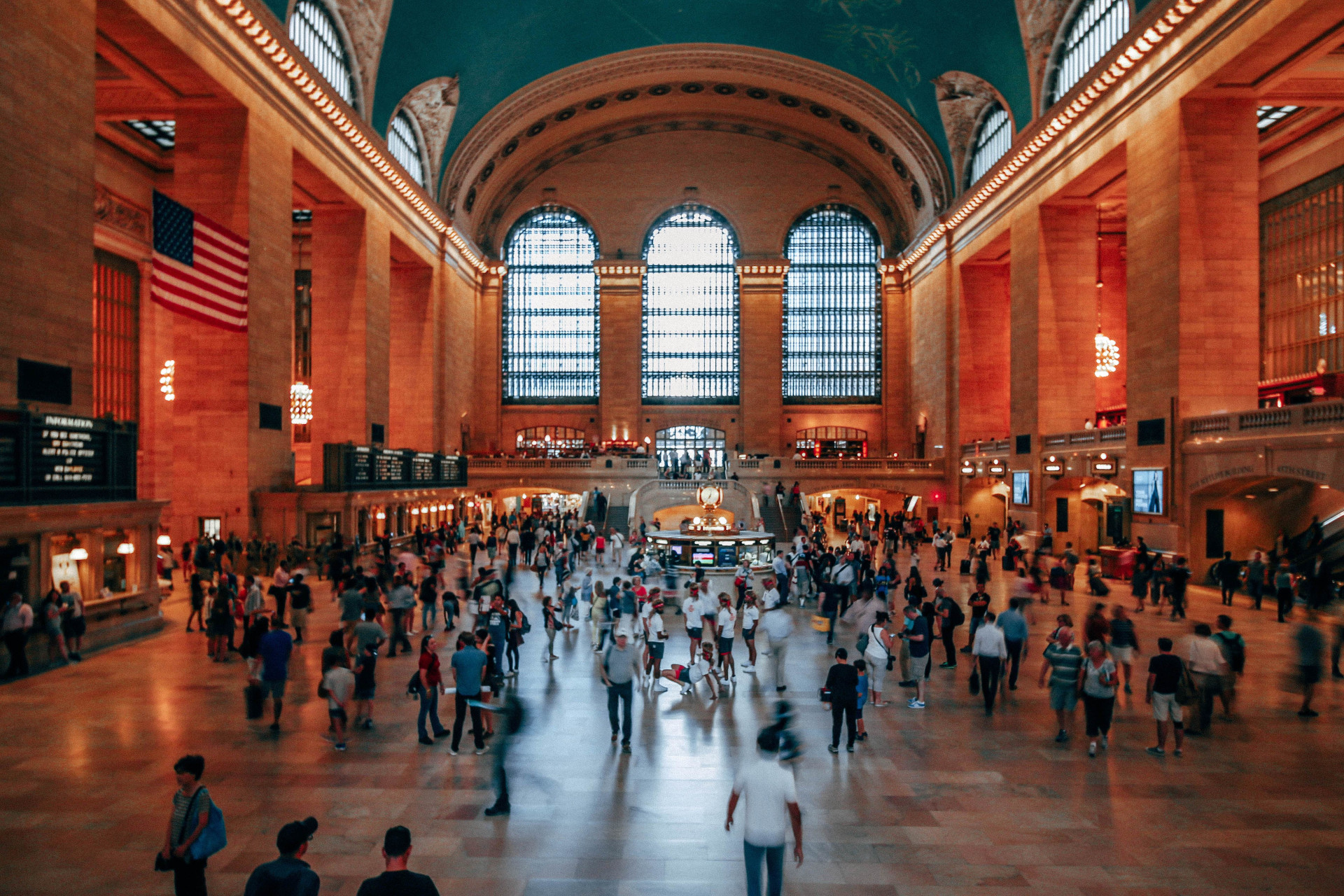 Around 61 million adults in the United States live with a disability. Diving into disability statistics in the US will help us know exactly who is concerned and what can be done to make their lives easier in terms of accessibility and inclusion.

Because people with disabilities are more than figures just as they are more than their disabilities. Like everybody, they are part of our society and contribute to shaping it. They have the right to use public transit, get around in their city… Our society would be better if it remembered it.

What are the different types of disabilities? What is the most common one in the United States? What accessibility solutions can help them be more integrated in our society? It’s time to take a closer look at disability statistics in the US and the people that are behind them!

How many people with disabilities live in the US?

What types of disabilities affect their lives?

There are 4 disability families to distinguish but each disability type can be declined in plural:

⊗ Visual impairment: this concerns blind and visually impaired people, that is to say that some have completely lost their vision but others can perceive shapes and lights.

Around 12 million Americans 40 years and over have vision disabilities. Among them, we can find 1 million blind people.

It’s to be noted that 81% of people with blindness or moderate or severe visual disabilities are over 50 years old.

Approximately 48 million people have a hearing impairment in the US.

⊗ Intellectual impairment (also known as cognitive impairment): people with intellectual disabilities, from mild to profound, have difficulties learning and communicating with others.

Around 6.5 million people in the United States have an intellectual disability.

However, 85% of them have a mild form of intellectual disability.

This concerns people with Down syndrome, also known as trisomy 21. As adults, they have the same mental abilities as an 8-year-old child.

It’s to be noted that the term “cognitive disability” used to be employed as a synonym for “intellectual disability” but this has gradually changed. Although both have an impact on the learning process of a person, they don’t have the same meaning.

A cognitive disability means a person has obstacles to learning. They may have difficulties focusing for a certain period of time or having problems in dealing with number quantities or even processing printed text.

An intellectual disability means a person has specific cognitive difficulties that result in a low intelligent quotient score (IQ). They may experience difficulties socializing with others, understanding information or adapting to new situations.

⊗ Physical impairment: it doesn’t only concern wheelchair users but all people in general who find it difficult to get around or to perform manual tasks. We can talk of motor disabilities.

Approximately 39 million Americans have motor impairments. Physical impairment is actually the most common disability in the US. 1 in 7 adults, that is to say 13.7%, have difficulties getting around, walking or climbing stairs.

More disability statistics in the US

These disability statistics and figures are striking and make us ponder on disability in general in the US. Other figures foretell what place disability will have in the upcoming future.

According to the US Census Bureau projections, in 2030, people 65 years and older will outnumber children. With a growing elderly population, this means that disabilities will probably increase in the United States.

By 2050, the number of blind and visually impaired people in the United States is expected to double to more than 8 million. Studies funded by the National Eye Institute have come to this conclusion.

The same studies have determined that the number of legally blind Americans will double as well to reach 2 million.

People 80 years and over will be the most affected by blindness and visual impairment. Their advanced age may lead to eye diseases such as cataracts, macular degeneration and glaucoma.

What accessibility solutions can make their lives easier?

Now that we’re aware that 61 million Americans have disabilities and that this number will keep growing, how can we remove accessibility barriers? We can all be affected by a disability, temporary or permanent, at some point in our lives, especially as we’re getting older.

One thing is sure: every little thing can be a challenge. Crossing the street when you’re blind, asking for information to a staff member when you’re deaf, getting around with your wheelchair inside a venue…, are all activities that can take place on a daily basis.

We will not detail every accessibility solution in this article as you can find more in-depth information on this blog on various areas (transportation, roadways, public venues…). But we’ll browse through the most common ones to give you an idea of what can easily be implemented.

⊗ Audio beacons at the entrance of public venues,

Technology can also be a very helpful tool for people with disabilities to easily get around. Using an indoor navigation app like Evelity is perfect for them to apprehend complex venues such as public transit networks. The app adapts to every user’s profile to better suit their needs. Evelity is currently installed at the Jay St-MetroTech subway station in New York City and also at the Luma museum in Arles, France.

How can we have a more inclusive society?

Correctly implementing the appropriate accessibility solutions is a giant step towards inclusion. However, inclusion is actually a state of mind to adopt and is much more complex.

For those who would like to learn more about the very concept of inclusion from a philosophical point of view, you can check out this article:

Should We Say “Hybridization” or “Inclusion” Regarding People with Disabilities? | Interview of Gabrielle Halpern, Doctor of Philosophy

For our society to be accessible and inclusive, it first needs to take into account all types of disabilities and to fully acknowledge those who live with them. The phrase “don’t judge a book by its cover” can perfectly illustrate it.

It implies that we never know what others face in their everyday lives and that we shouldn’t make assumptions. This applies particularly to invisible disabilities, disabilities that aren’t obvious at first glance but that come up only when a person is facing difficulties.

For example, we can’t tell if a person is deaf or hearing impaired just by looking at them. It comes up when we’re talking to them. Some hearing impaired people may talk and read lips and others may have difficulties understanding what we’re saying.

7 Tips to Welcome a Person with Disabilities

That’s why disability awareness is so important. A lot of people with disabilities are using their own voice to raise awareness and show what their daily life is like. They share their experiences, their difficulties but also their success. It’s particularly obvious in July for Disability Pride Month.

But we can all make a difference by simply listening to people with disabilities. They’re best suited to tell us what they need to better participate in our society.

We first focused on disability statistics in the US to have a global insight of disability. But there are people behind these figures who are looking for accessibility solutions to improve their lives. These solutions make sure they access everything our society has to offer. We need to look beyond these figures to be on the path of inclusion.

Deafness and Hearing Loss (WHO)

National Association of the Deaf

Want to know how many people live with disabilities in the World? Check out all the figures:

Disabled People in the World: Facts and Figures 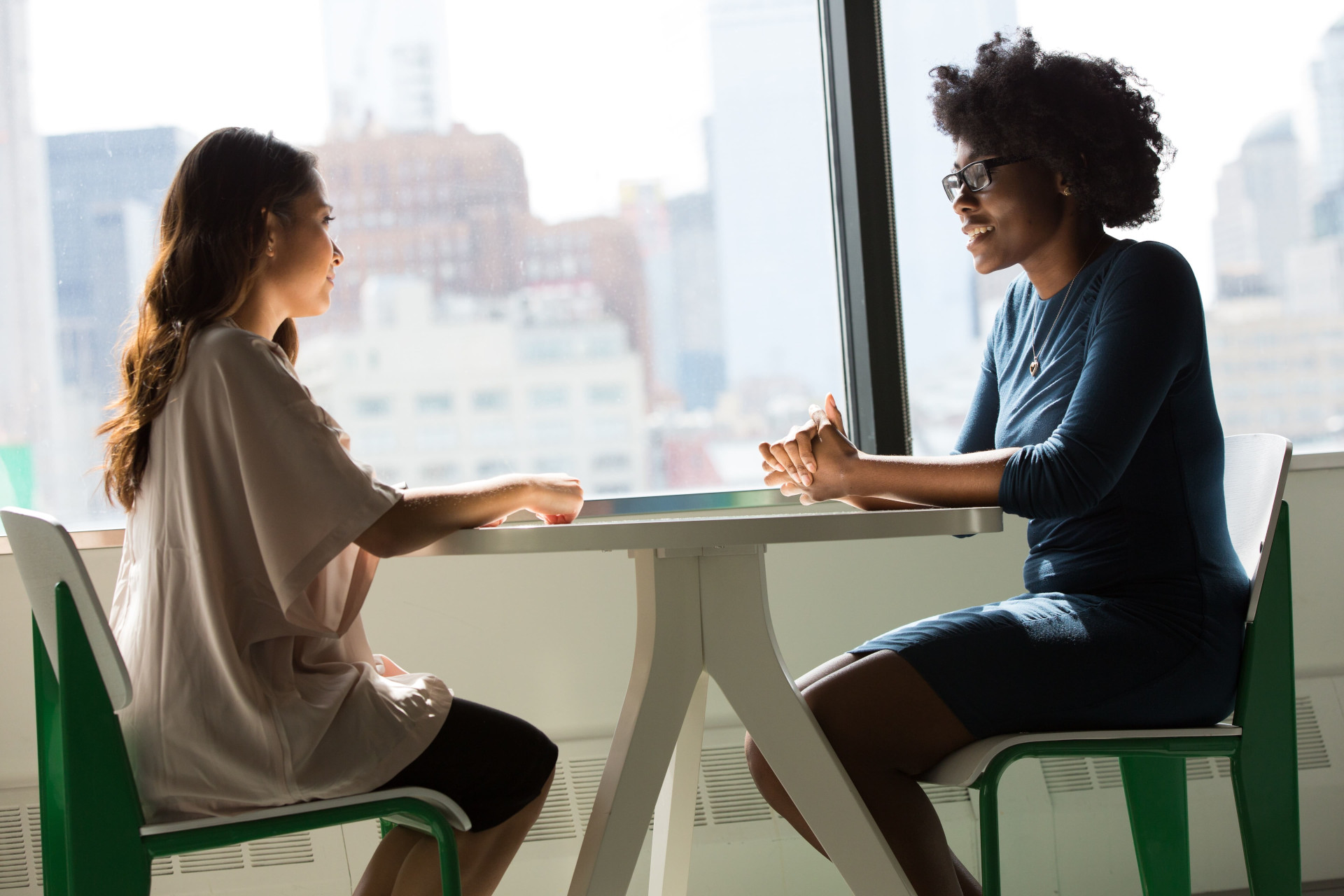 For our society to be accessible and inclusive, it first needs to take into account all types of disabilities and to fully acknowledge those who live with them. 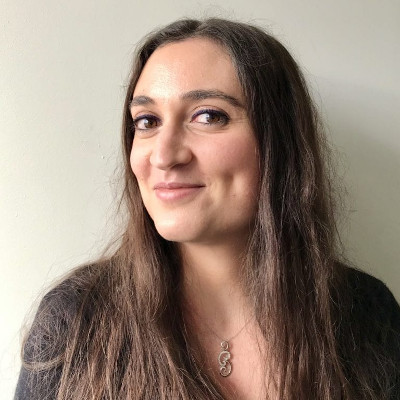 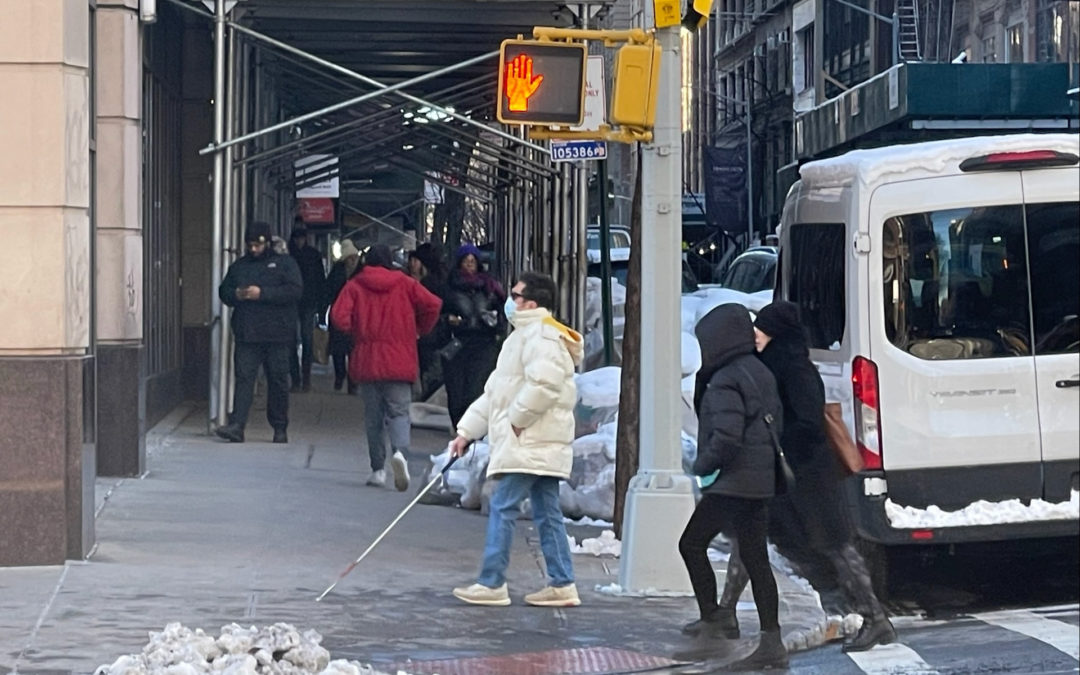 Blindness, Low Vision, What Are the Different Forms of Visual Disability?  Approximately 12 million American people are affected by a visual disability and no less than 253 million people in the world. Who are they? What are their needs? How can we facilitate...