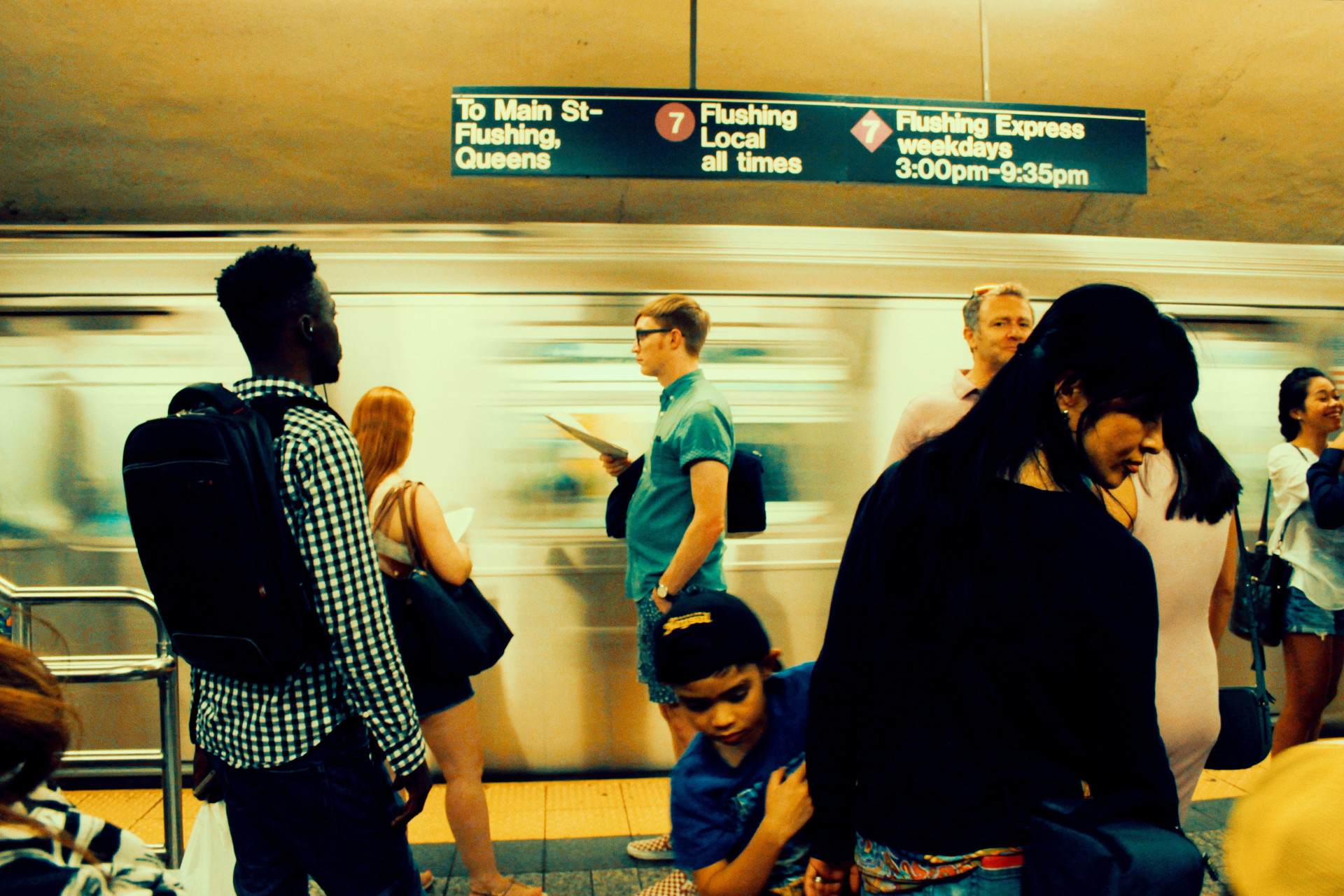 With more than 1.5 billion passengers per year, the New York City subway is one of the most used rapid transit systems in the Western world. And it’s also one of the oldest. It opened in 1904, much before accessibility for passengers with disabilities was a requirement. Despite the technical constraints relating to the construction of stations, the Metropolitan Transportation Authority (MTA) is committed to making the network accessible to all. It does not hesitate to involve technological innovation to achieve this objective. Let’s look at the strategy adopted by the MTA to offer a better passenger experience to all riders.

The New York City subway system was built in the early 1900s, much before wheelchair access was a requirement under the Americans with Disabilities Act of 1990 (ADA). This partly explains that only 25% of the city’s 472 subway stations were accessible in 2018. The MTA is determined to dramatically increase this number by 2024. This is one of the goals of the Fast Forward plan, which was designed after New York governor Andrew Cuomo declared a state of emergency for mass transit in New York City in 2017. As part of the strategic upgrades, this plan includes adding accessibility facilities to 70 stations, which will improve the user experience for all riders. These 70 stations come in addition to the 100 priority stations already identified by the MTA, which have been or will be renovated according to ADA requirements. To select priority stations for ADA enhancements, the MTA relied on three criteria: high ridership, transfer points and service to major areas of activity.

Fully accessible stations have facilities designed for all categories of people with disabilities throughout the travel chain:

⊗ To access down the station from the street level: elevators or access ramps, handrails and tactile indicators on ramps and stairs, accessible service entry gates,

⊗ To access trains from the platform: platform gap modifications or bridge plates to reduce or eliminate the gap between trains and platforms where it is greater than 2 inches (5.1 cm) vertically or 4 inches (10 cm) horizontally,

⊗ And accessible services: telephones at an accessible height with volume control, and text telephones (TTYs), accessible restrooms at stations with restrooms, if a 24-hour public toilet is in operation.

Accessibility in the New York City subway over the long term

But accessibility for people with disabilities on the New York City subway has been a topic for a long time. In 1973, Section 504 of the Federal Rehabilitation Act made it mandatory to make all public transit systems accessible. The MTA refused, arguing that making the subway system accessible would cost more than $ 1.5 billion. The MTA advocated instead for a specialized transport service for people with disabilities. In 1984, after a decade of fighting between the associations and the MTA, an agreement was reached which amended New York State Transportation and Building Laws to require the MTA to install elevators at 54 stations.

The Americans with Disabilities Act (ADA) was signed into law on July 26, 1990. It required all transit agencies to make their services and facilities fully accessible. They had to provide the list of priority stations to the Federal Transit Administration before July 26, 1992. This list was to be accompanied by the selection criteria used to designate priority stations and the work schedule. Transit agencies were granted a period of up to thirty years to make their stations accessible. The MTA’s plan provided for making 54 stations accessible by 2010. But in 1994, amendments were made to the New York State Transportation and Public Building Laws reinforced the obligations, increasing this number to 100 stations by 2020. The Capital Program 2020-2024 plans ADA-accessibility upgrades to 50 additional stations. This will allow disabled riders to always find themselves at most two stations from an accessible station.

In order to increase the number of elevators, the MTA endorsed the law “Zoning for Accessibility” in early 2021. This consists in pre-empting private land located near subway stations to build elevators. In exchange, the owner of the land obtains the right to increase the area of their buildings.

Information and communication with subway passengers

To coordinate the MTA’s accessibility plan and share with disabled riders, the MTA created the New York City Transit ADA Compliance Coordination Committee (CCC). The MTA attaches significant importance to the training of its staff. They should be able to handle specialized equipment and help riders with disabilities. But it also provides training for the riders themselves and their families, as well as for mobility specialists. The MTA trained 775 passengers between 1995 and 2019. These trainings allow them to use the subway system more independently and more safely.

The MTA is also working to improve information on the operating status of accessibility equipment. As early as 2007, it began to publish a list of broken-down escalators and elevators on its website. It has also allocated an annual budget of $ 1.3 million for their maintenance.

Innovation at the core of MTA’s strategy

The MTA is continuously innovating to improve the passenger experience on the New York City subway system. Jay Street-MetroTech station, located in Brooklyn, near the MetroTech Center, has served since the 1950s as a testing ground for many new developments: yellow raised safety disks as warning indicators at the edge of the platform, first automatic token dispensers, first fare cards, which became later the MetroCards, deployment of agents everywhere in the station, etc.

In 2019, this same station was used to evaluate new accessibility facilities. The MTA unveiled an accessible station lab. The lab comprised over a dozen features including Braille signs, tactile pads, wayfinding apps, diagrams of accessible routes, and floor stickers to guide passengers to the correct routes.

The MTA is running in parallel the Transit Tech Lab with the Partnership for New York City. The Transit Tech Lab is an accelerator program for startups solving public transportation challenges. This initiative enables the MTA and other public transportation agencies to leverage innovative technology solutions to improve metropolitan area transit, with the aim to make New York the global leader in public transportation. Each year, the Transit Tech Lab launches a new startup competition to address top priority challenges. This initiative gives the selected companies the opportunity to pilot their solutions in real conditions and potentially deploy them. Accessibility was one of the challenges designated by the lab in 2020. Nine tech companies were selected to partner with NYC-area transit agencies. Among them was Okeenea Digital with its audio-based indoor navigation app Evelity. Evelity is a digital navigation system allowing people with all kinds of functional limitations to be guided, step by step, to the destination of their choice, according to their profiles and their abilities, within complex public transit networks.

Due to the COVID-19 pandemic, user tests have been significantly delayed. The pilot is still underway at Jay Street-MetroTech station. One of the objectives of the pilot is to evaluate the service provided by Evelity for customers with disabilities, and to study the scalability of beacon-based technology.

Other indoor navigation solutions have already been tested by the MTA, e.g., the Navilens app, which is based on colorful QR codes. This technology is still being assessed to inform riders at bus stops and track bus arrivals. These pilots show that technology has the power to improve the transit experience for all riders.

All of the MTA’s initiatives show a real willingness to improve the quality of service on the subway system despite the age of the infrastructures. While the road is still long, the progress is evident. And experience shows that technological innovation can solve many challenges for the accessibility of the New York City subway!

How to Help People with Disabilities Get a Better Experience on the Subway?

How Can Multimodal Transit Centers Be Accessible for People with Disabilities? 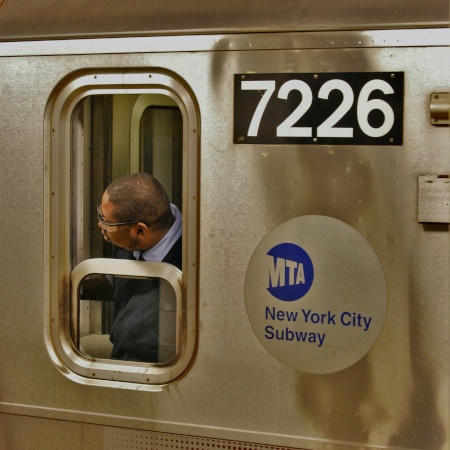 The MTA attaches significant importance to the training of its staff. They should be able to handle specialized equipment and help riders with disabilities.

Find out everything there is to know on accessible pedestrian signals: regulations, installation, maintenance, activation modes…

How Can Multimodal Transit Centers Be Accessible for People with Disabilities?

How Can Multimodal Transit Centers Be Accessible for People with Disabilities?Multimodal transit centers turn out to be major nodes of transportation in large cities that aim at improving transport efficiency. They can easily connect together different means of...