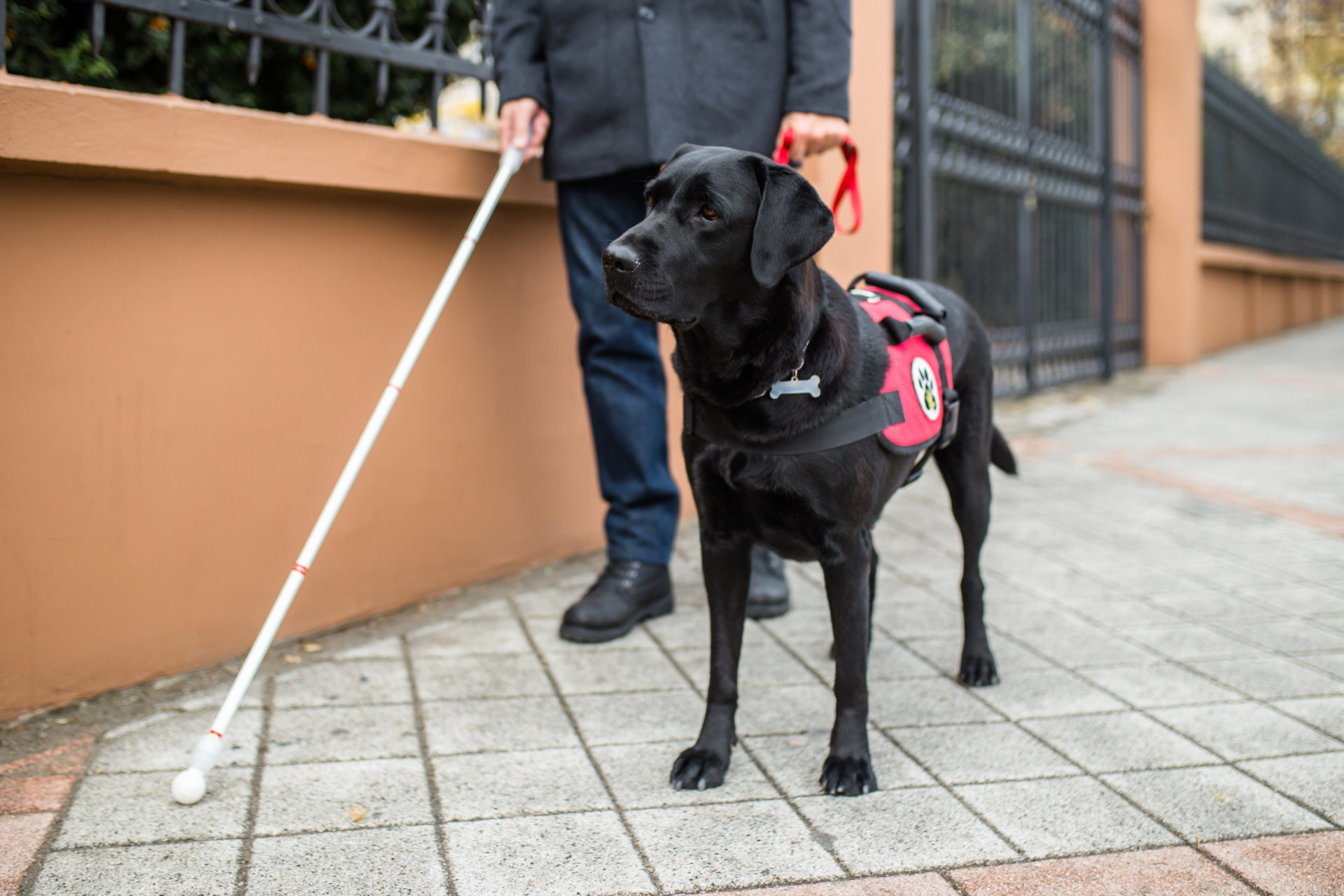 Maybe it’s because sight is the sense most used by humans or maybe it is because of our deep-rooted fear of the dark, but blindness provokes both dread and curiosity. There are many preconceived ideas about blind people. Here are some that we will now debunk.

1. Blind people have a sixth sense

False. Blind people have one fewer sense, not an extra one.

The word blind simply means unable to see. Over the course of history, blind people have sometimes elicited irrational fears and inordinate admiration at other times, and almost always some form of fascination. Why is a sixth sense often attributed to them? If they sometimes give the impression that they have perceived some preternatural sign, it is only because being deprived of the primary sense used by humans obliges them to use their other senses to a far greater extent than those with sight generally do.

False. Blind people hear neither better nor worse than the rest of the population.

However, hearing is the principal sense they use to compensate for their lack of sight. With the same auditory acuity, a blind person can capture more sound information than a sighted person. It is first of all a matter of attention to the soundscape and its interpretation. So, you should not be surprised if a blind person hears something that you completely missed. Quite simply, your concentration was on something else, probably what was in front of your eyes.

3. All blind people can read braille

Again false. Only about 10% of blind people can read braille. Far from all of them!

In the majority of cases, blindness occurs after the age of learning to read. This disability affects a large majority of people over 60. So, it is rare that such people would have access to learning braille. Furthermore, the sense of touch can be altered through manual work, an illness or medical treatment. Even when learned early on, braille requires regular practice or it can be lost. It’s not easy to find access to documents in braille on a daily basis.
For the blind people who have mastered it, braille is, nevertheless, a key tool for social and professional inclusion.

4. Braille is a type of foreign language—very difficult to learn

False. Braille is just an alphabet, a code for transcribing letters.

It is a touch-based writing system, where each character comprises a combination of embossed dots. Its 64 different dot combinations are enough to transcribe all letters of the alphabet, including accented letters, figures and punctuation. While mastering braille requires a honed sense of touch, it is, on the other hand, very easy to decode a braille text by sight using an alphabet and some basic rules.

5. Blind people have no concept of colors

It all depends on the age the person became blind.

Obviously, those who have never seen colors will have difficulty imagining them. But the majority of blind people were not always blind. They maintain their visual reference throughout their lives. In any case, even people who were born blind are able understanding the codes connected to colors: red or green light, blue sky or water, green leaves turning red in the fall… There is no need to see to understand the underlying meaning of colors.

Dreams are made up of impressions captured during the day. Sight is the dominant sense among humans, so dreams are mostly composed of a stream of images. For those who have never seen, they do not dream in images. For people who were born blind, their dreams contain impressions originating from other senses: hearing, touch, smell and even taste. For those who could see earlier in life, their dreams can also retain clear images as before or images altered due to the degeneration of their sight.

7. Blind people cannot use a computer

False. Of course they can. Fortunately, there are many adaptations to computers allowing blind people to use a computer.

Screen readers are software programs that read aloud all that appears on a computer screen through a voice synthesis: entered text, web pages, menus, dialog boxes, etc. These programs include keyboard shortcuts allowing the blind user to move from one element to another as a sighted person can do visually. They can also be connected to a braille display, a sort of tablet that creates embossed dots representing the different letters during reading.

These tools, however, are expensive and require intensive training to be able to use effectively. Their effectiveness also relies heavily on how much the software developers and webmasters incorporated digital accessibility into their design.

8.      Blind people cannot use a smartphone

False. This may be more surprising than the fact that they can use a computer.

With their completely smooth screen and near absence of buttons, it is not readily obvious that blind people would be able to use smartphones. But smartphone manufacturers have considered this issue in depth and today offer apps like VoiceOver for iOS and TalkBack for Android. These apps vocalize all actions made on the screen and allow interaction through adapted gestures.

Want to learn more about the everyday lives of people with a visual impairment? Check out these articles: 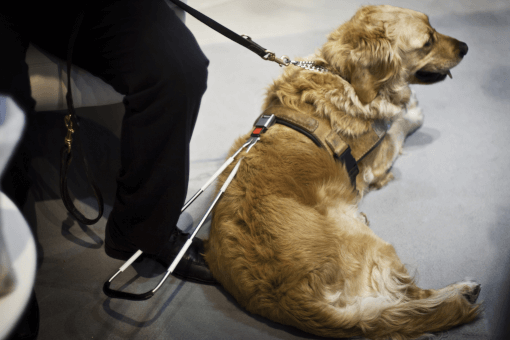 For disabled people, disruptions to their means of transportation can cause plenty of stress and added difficulties. That’s why such situations need to be anticipated, more so than for other travelers. 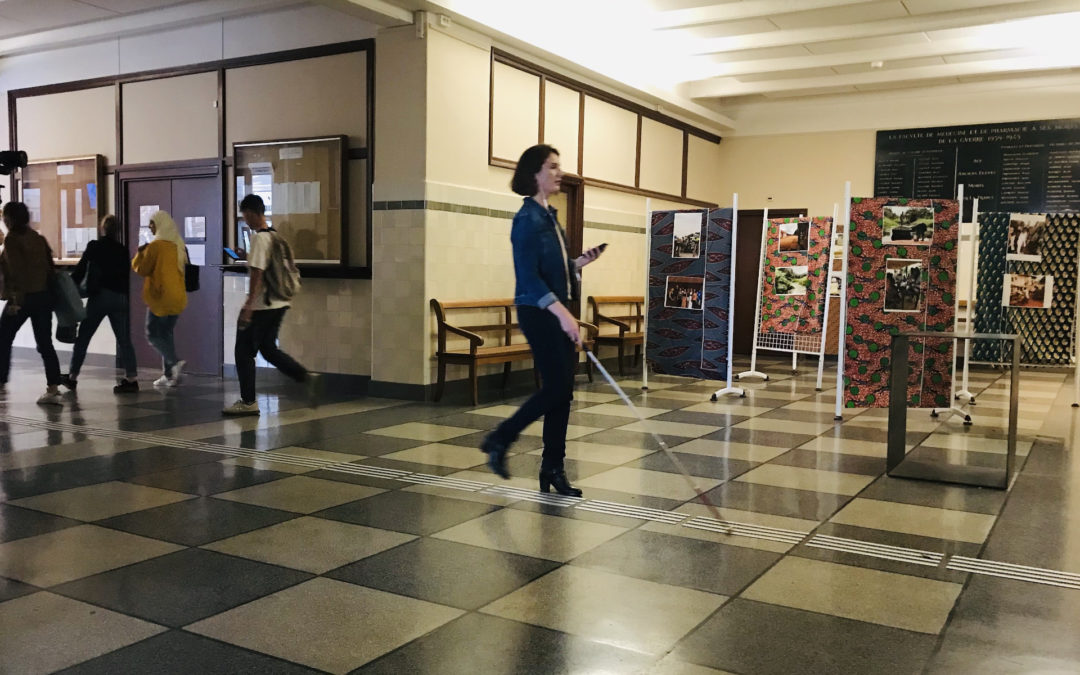 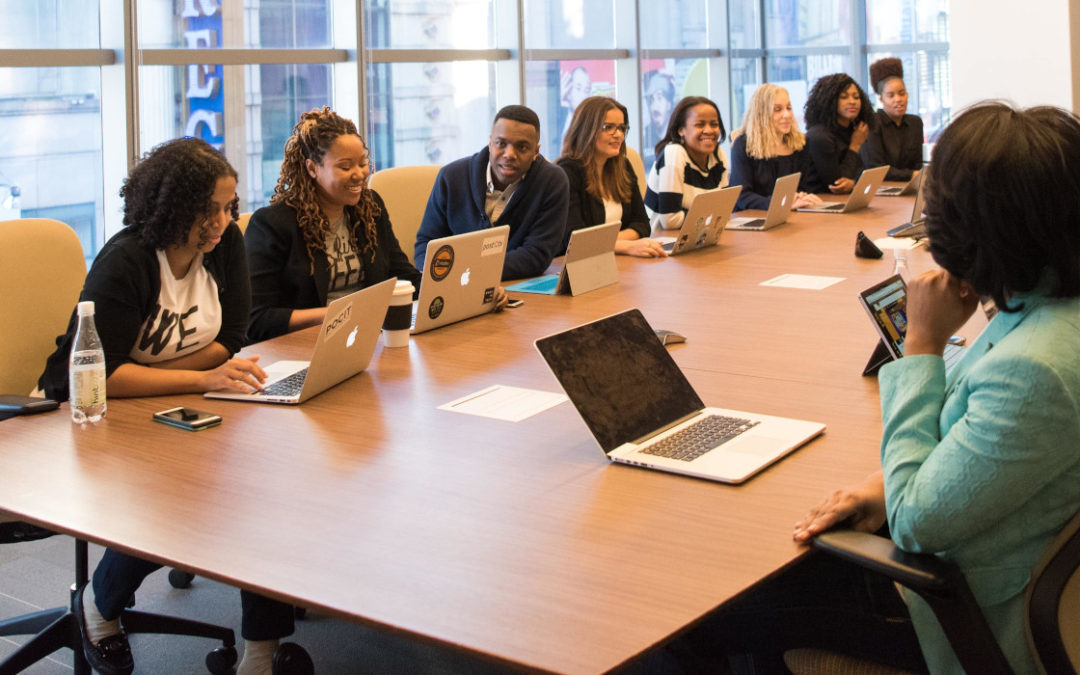