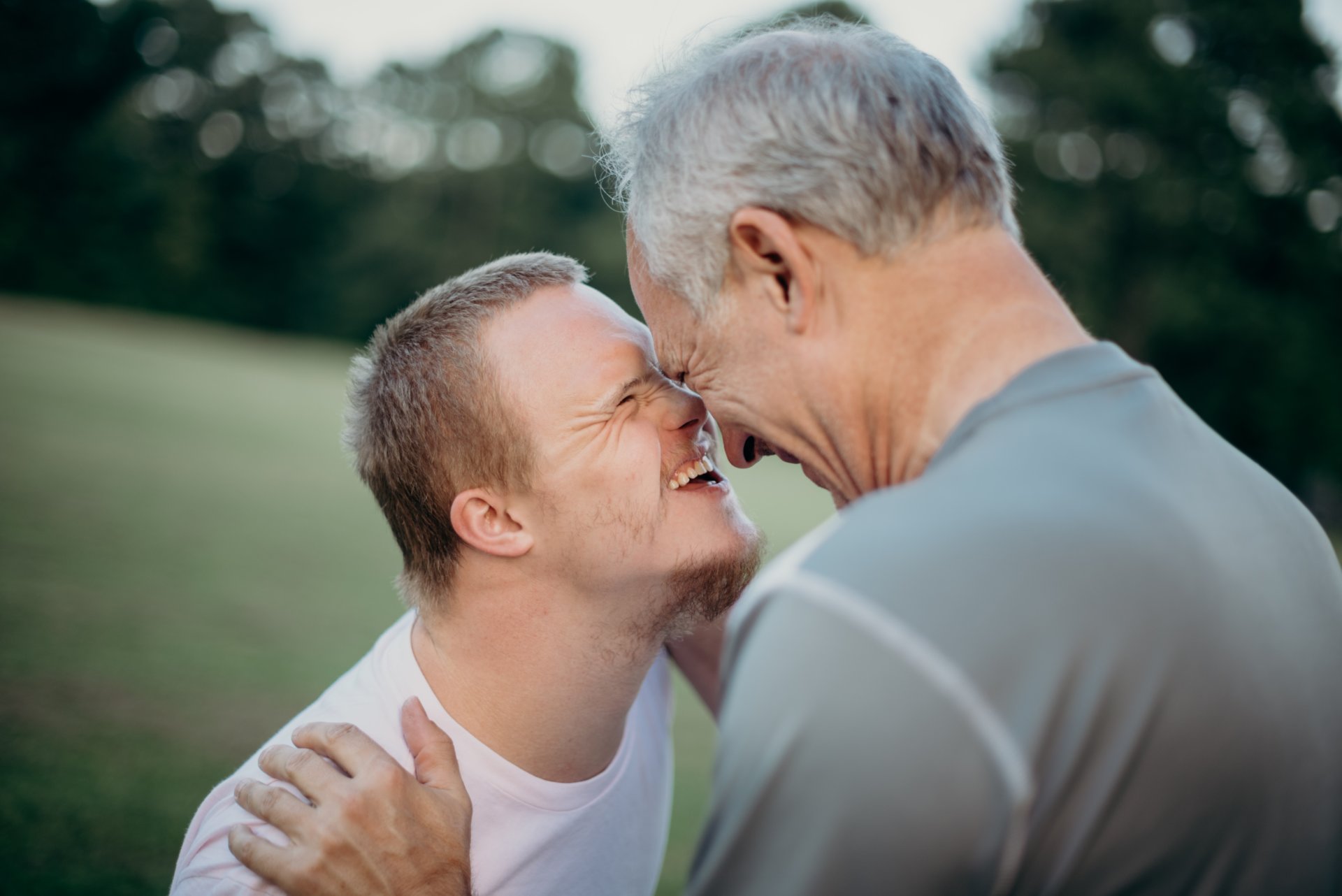 False. Even though the results of these two types of disabilities sometimes resemble each other, it is important to distinguish between them.

Intellectual disability is the result of a cognitive impairment that affects a person’s ability to learn, think and conceptualize. Psychiatric disability is the result of disabling psychiatric disorders such as schizophrenia, major depression, bi-polar disorder, anxiety disorders and personality disorders. It is also often called “mental illness” but this can increase confusion between the two disabilities. In any case, psychiatric disability does not affect a person’s intellect. It simply makes it more difficult for them to use their intellectual abilities in certain circumstances or in a particular emotional state.

This is almost true.

The majority of intellectual disabilities originate before, during or a little after birth. In about 8% of cases, this type of disability appears later on following an accident, illness or trauma.

We can talk about invisible disability. It only becomes visible when people with intellectual disabilities face a difficult situation.

3. Down syndrome is the primary cause of intellectual disability.

In truth, the cause of 30% of intellectual disability cases is unknown. Among the known causes, the most common are genetic conditions, brain malformations, metabolism disorders, problems during pregnancy or during birth, and infectious diseases.

4. People with an intellectual disability are unaware that they’re different.

Even if it may reassure us to believe that, it’s just not true. They go through the same suffering as anyone else when teased, insulted or rejected. Perhaps even more so because they are often highly sensitive.

5. They have to live in an institution.

Everyone living with an intellectual disability is different. They have their own abilities and difficulties. While some need constant care, even for the simplest everyday act, others are perfectly capable of living on their own in independent housing.

6. They must always have someone assisting them.

Once again, this is a question of their level of independence. Some with intellectual disability are perfectly capable of understanding and expressing themselves. It may be that they require more time and concentration. This is why you will help them a lot by showing that you are listening, patient and not preoccupied with something else. To help them orient themselves, illustrated signs with colors, symbols and icons can be very useful for them.

The truth is that they are rarely given the opportunity. The unemployment rate among people recognized as disabled workers is twice that of the general population. However, there is accessibility to numerous jobs especially in sheltered workshops, also known as work centers.

8. There are no effective measures to increase accessibility for those living with intellectual disability.

The forms of intellectual disability are so varied that it is difficult to state the specific needs of people living with this type of disability. Below is a list of some useful measures that can facilitate their integration.

⊗ Providing information that has been written in simple language and provided in several formats (visual, audio, etc.);

⊗ Indoor navigation apps such as Evelity: it provides step-by-step instructions and suits every user’s profile. Users with intellectual disabilities have easy-to-use and easy-to-understand interfaces.

Finally, the training of all staff members, who deal with the public, in welcoming a person with a disability is one specific way to really help in their integration.

9 Tips to Welcome a Person with an Intellectual Disability

Want to know more about accessibility for people with an intellectual disability? Check out this article:

The truth is that they are rarely given the opportunity. The unemployment rate among people recognized as disabled workers is twice that of the general population.