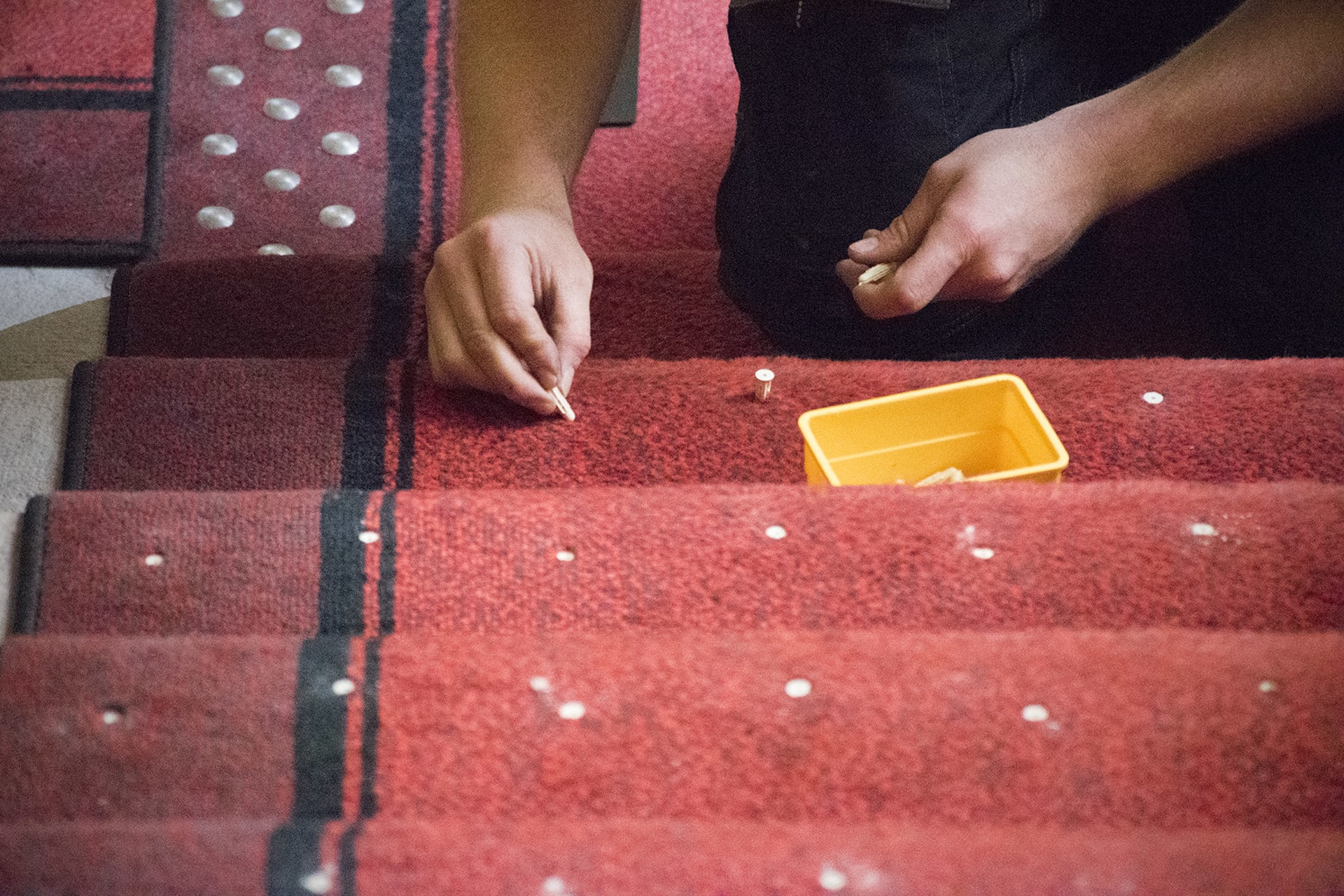 8 Clichés on Accessibility for Blind and Visually Impaired People

What do people with a visual impairment need? Why are accessibility regulations so strict regarding visual and tactile contrasts, fall prevention and signage? You’ll discover in this article a few answers to give meaning to your accessibility projects. Let’s not forget that beyond being ADA-compliant, what’s really at stake is the inclusion of people with disabilities!

1 – There are no visually impaired people in my city

According to the CDC (Centers for Disease Control and Prevention), approximately 12 million people 40 years and over in the United States have a visual impairment, including 1 million who are blind. That’s a lot of people! Actually, this could be the number of inhabitants of Chicago! This means some of them are more likely to live next to yours.

People are considered to be visually impaired below a certain limit: a visual acuity inferior to 4/10. According to WHO, their number should double by 2050.

Other causes can also put us in a temporary state of visual impairment: loss of glasses, eye operation, blackout, blinding sunlight…

Indeed, completely blind people don’t have any visual perception, not even light perception. People who are profoundly visually impaired are considered to be blind as long as their visual acuity is inferior to 1/20 or their visual field is of 10°.

The visual capabilities of some people aren’t enough to be exploited. On the whole, they have the same needs as completely blind people but their perception of light, certain shapes or colors could occasionally help them. The right visual contrast and good quality lighting will be quite useful.

So don’t be surprised if a blind person asks you to turn on the lights!

3 – Whether they’re blind or visually impaired, people with a visual impairment all have the same needs

Just like any category of people, visually impaired people are all different. Every one of them has their own abilities, experiences, assets and weaknesses.

Despite everything, there are fortunately common points.

Whatever their level of visual impairment may be, blind and visually impaired people like tactile, detectable and audio indicators.

Those with a bit of vision left are in addition more sensitive to quality lightning, appropriate visual contrasts and an understandable signage system.

Unless they also have a motor impairment or they’re particularly weighed down, a visually impaired person usually prefers to take the stairs. They save time. Plus taking the stairs enables them to have a better representation of their surroundings.

For them to use them with safety, think of implementing detectable warning surfaces at the top of each flight, contrasting and non-slip stair nosing and high-contrasting risers at the top and bottom!

5 – My venue is accessible for blind people: I’ve put up Braille signs on all the doors

It’s really a good thing to have implemented this! But have you considered how a blind person would go to the door? And how would they find the Braille sign if they don’t know there’s one?

Leaving aside the fact that there aren’t many blind people who can read Braille. However, those who can will appreciate a lot to be able to confirm their destination by reading a door sign. Quite useful in large school halls, colleges or hospitals for example.

But for them and all the other visually impaired to go to these doors and find their bearings, consider accessibility issues right from the building entrance! Tactile guide paths, audio beacons, an understandable signage system with visual contrast, indoor navigation app…, all these solutions mix to provide an effective accessibility.

6 – In the United States, there aren’t a lot of accessible pedestrian signals

According to the ADA Accessibility Guidelines, accessible pedestrian signals (APS) are mandatory at newly constructed or reconstructed intersections. This means that a lot of existing intersections may not have APS.

Indeed, they can be installed upon request along a specific route used by blind and visually impaired people, a route that leads to a school for blind people for example.

Recently, New York City has been under the spotlight for its lack of APS. A federal judge has ordered the city to install more than 9,000 accessible pedestrian signals at intersections. They’re essential for blind and visually impaired people to cross the street safely and to fully enjoy everything the city has to offer!

For sure, it’s best to start with very busy or complex intersections in order to prioritize the installation of APS. But for a visually impaired person, slow traffic can be as unsettling as busy traffic.

Indeed, blind and visually impaired people rely a lot on traffic flows and their hustle and bustle to find their bearings, determine their path, locate the pedestrian crossings and know when to cross.

When traffic is too rare, accessible pedestrian signals are essential to make up for the missing landmarks.

8 – No need to have APS, guide dogs know by themselves when to cross the street

However, guide dogs lead their owner towards the pedestrian crossing and until the other sidewalk. And they bypass obstacles.

Want to implement the appropriate solutions for blind and visually people? Check out our articles:

How Do the Blind Safely Cross the Street? 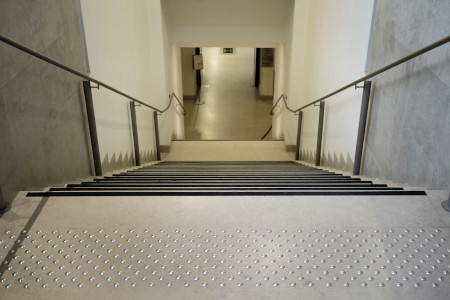 Whatever their level of visual impairment may be, blind and visually impaired people like tactile, detectable and audio indicators.